The lovely Deena over at OPUS GLUEI has challenged us to use something from the Autumn Harvest in our creations this time. I was trying to decide what to do when I happened upon these lovely crochet framed embroidery hoops on Instagram. I thought, hmmm, I can do that. Famous last words, right? Except this time it worked!!!

I had this Halloween embroidery that I stitched a couple of years back. It never quite felt complete. I grabbed that little beauty and started stitching with my hook and yarn. 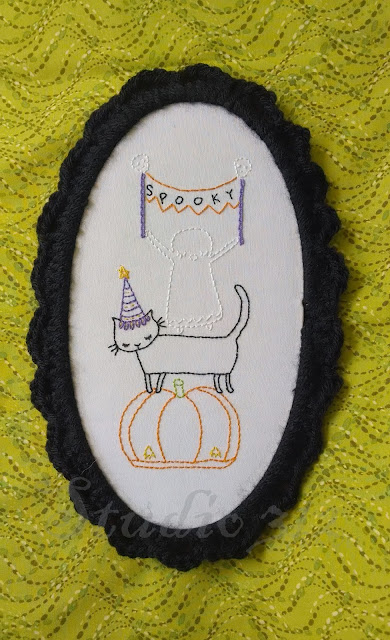 I think it's finished now. Don't you!

Now it's your turn to show us over at OPUS GLUEI your project using an Autumn Harvest.

September was a physically challenging month for me. I felt like I was being held back from my creativity. Turns out I really wasn't. I just had different creativity. 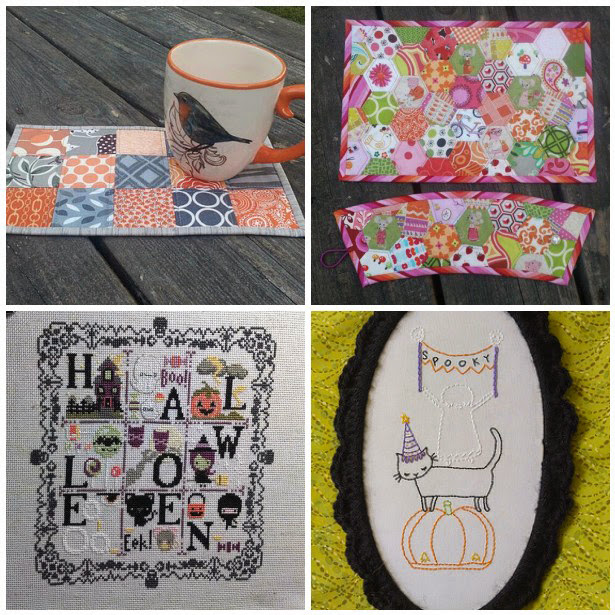 The mug and the matching rug were sent to a swap partner.

The mug rug and mug cozy were sent as angel gifts to a different swap partner.

I have since finished the cross stitch sampler and will post a picture of that in the next couple of days (or so).

And the crochet framed embroidery you can learn more about in my next post.

Handwork sure takes a lot longer than the machine. BUT I like the results, so it makes it very worth while to me.

I also made some bee blocks that I don't have pictured here. You can see those on my Flickr account HERE.

Plans aren't worth the paper they're written on.....

I had wonderful plans for this month. I actually thought ahead. I knew I was going to be down for the first weekend due to a minor surgery. (Nothing major, just an ongoing tooth issue. I had a bone graft to beef up my jaw bone in preparation for an implant.) So I didn't sign up for any of the wonderful swaps going on this month.Yes, I know I am missing out, but I didn't want the pressure. You know what I mean, don't you?!?!

I am so very glad that I only have my long term Bee's to sew for this month. As it turns out Mother Nature, in the form of gravity, has once again supported my mother's decision to NOT name me Grace. Only four days after my surgery I managed to somehow lose my footing and fall down the stairs. In front of half of my co-workers. The result of my impromptu gymnastics has been me being couch bound with an elevated left leg. Seems I am systematically incapacitating my left side. The slight sunburn on my left arm seems petty to mention, so I won't elaborate.

I HAVE been keeping busy with hand stitching. I signed up for The Frosted Pumpkin Stitchery's Halloween Spooky Sampler stitch along knowing about the surgery. I figured that after the first day or so of really good painkillers, I would be able to keep up. I hadn't counted on the second round of painkillers. So, even though I am not graceful, I consider myself smart for having planned ahead.

Now for the Spooky Halloween Sampler: 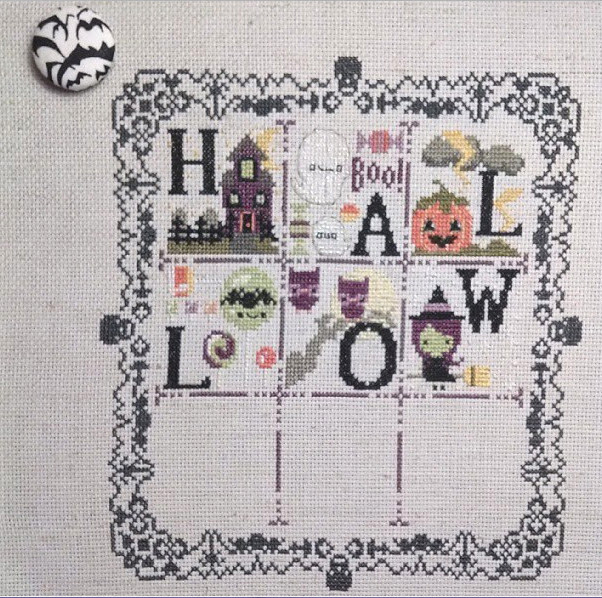 The frame was to have been completed before the beginning of WEEK ONE. I didn't make that deadline, but I DID finish it before the start of WEEK TWO. The first row was supposed to have been all stitched up before WEEK TWO. WEEK THREE starts tomorrow and I just last night finished WEEK TWO.

All in all, I don't think I am doing that bad. Sure I have made some 'customizations', but who doesn't. (Customizations are basically mistakes that I can live with.) The door on the Haunted House is supposed to be orange. Oops. The ghosts aren't supposed to be outlined, but the white doesn't show up well enough, so I did it any way. Another oops. One of the bats in the frame only has one eye open. Oopsy. And there are a couple more. But the point is that they aren't bad enough to ruin the piece, so I consider them customizations.

Except that along with WEEK THREE, tomorrow also marks the beginning of the Autumn Sampler Stitch Along. And you guessed it, I am signed up for that one too.

P.S. The jaw is healing wonderfully, as is the lower leg. Mostly the shin. The zombie toe is doing well too. I'm ready to sit at the sewing machine again, and will this coming Friday.
Posted by Jana at 1:12 PM 4 comments:

... so far this month. HA HA! I would like to try to start posting regularly again.

I haven't posted since July 1. So I have some things to catch up with before I can move on. It's not a rule, just something I want to do. There is a little bit of OCD in me. Just a tad and it wants to keep things in order. Just a bit. So I will catch you up before I move on to September's activities...

July was a fun month. Danny celebrated another birthday. That's always a good thing. The alternative really sucks. We had Fridays off thanks to the asshats in DC we didn't get paid so we weren't allowed to work. Those days were fun, but it was a bittersweet kind of fun. I was able to get lots done in the sewing department. 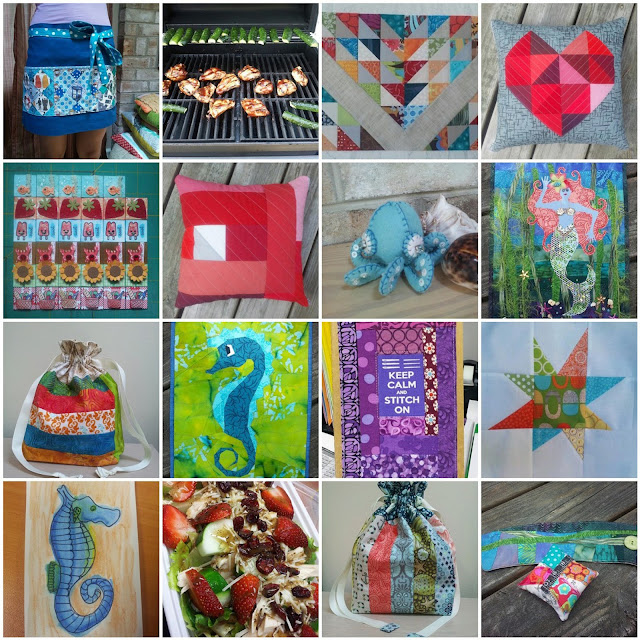 August still had us furloughed for the first couple of weeks. But it was a bit busier outside the house so not a lot of creating was done. Danny and I celebrated 20 years of marriage. I still can't believe that it's been that long. We had a very nice, relaxing dinner and spent the night in a local hotel. It was wonderful. 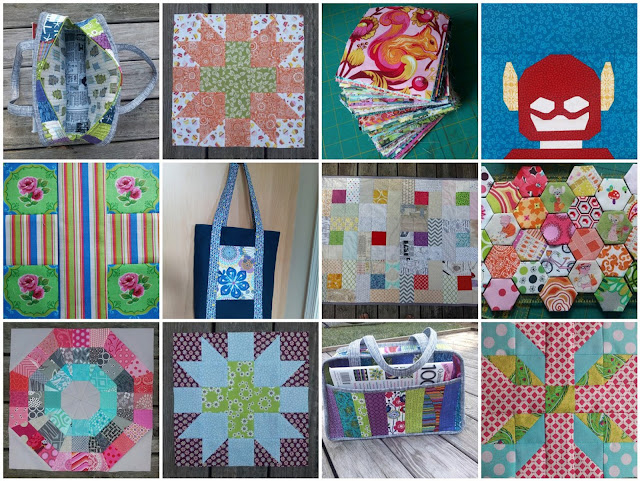 All of these were fun to make. The ALS quilt was done in a frenzy. For some dumb reason, I thought it was due in August. It's not due until the end of September. But it's done now, so that's a good thing.

September is looking promising. I don't have any swaps. I planned it this way. School is starting which means soccer games start up again. Plus I have a minor surgery scheduled for the first weekend. It's nothing too dramatic, but I will not be in a sewing mood for the whole weekend. It's best if I just take it easy and stick to my bees.

Here's what I HAVE to do:


And here's what I'd LIKE to do:
While this doesn't look too intimidating, it's a major schedule change which may prove to be challenging. I'll have to start getting out the door by 6:00am. Wish me luck.

It never seems I get things done. And by done, I mean finished. Sometimes it's true.
June was a good month, I think. 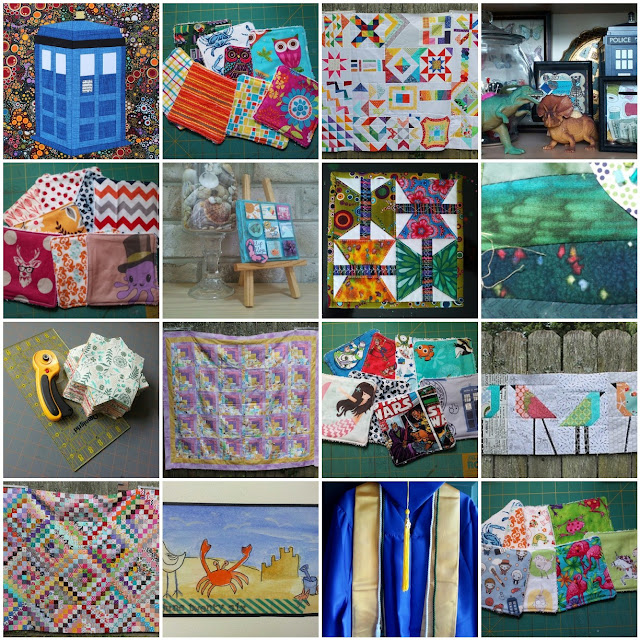 I found FRESH SEWING DAY via Fairly Merry. So I am linking up.

Opus Gluei is challenging everyone to actually get off Pinterest and DO something. GASP!

Take one of the things you have PINNED, put your own SPIN on it, make it and get entered  for the chance to WIN something. Read all about the prizes HERE.

I have about a gazillion things PINNED. How to choose?!?!?! Well, I decided to pick something that could be made with things on hand. Still left a lot from which to choose.

Here's the first thing that came to mind:

Several years back I swapped inchies regularly. One of the talented artists made this amazing canvas with 456 inchies. WOW. You can check it out here. I don't have that many inchies, but I do have SOME inchies. I don't have a large canvas, but I do have a small canvas that rescued from the charity bin. AND It's Summer time. 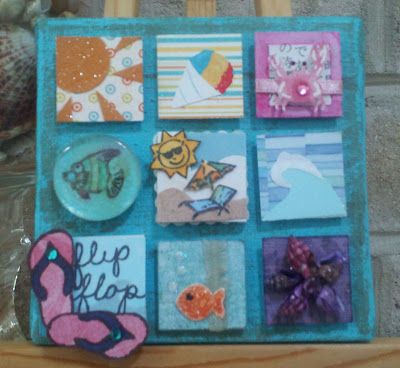 I painted the canvas blue. It had a cute, but not needed flower outline printed on it that  didn't quite work for this project. Then I lightly swiped a Tim Holtz ink pad across the top and sides. And waited for it to dry. It took a few hours. It's humid here in Virginia Beach. Eventually it dried and I used some foam tape to secure the inchies in place. 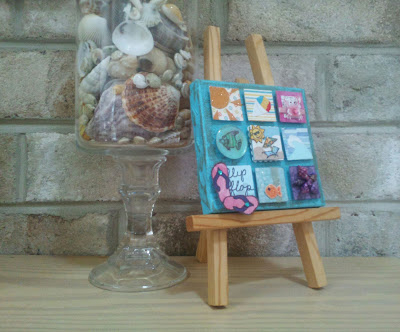 It currently resides on the mantle in the family room. Right next to the shell filled hurricane. I know the girls think it's great. They've told me.

Next up, the hubby and I are both being furloughed next week. We will get 20% less in our paychecks every payday. Thank you Congress. Anyway, because of this our extracurricular activities will suffer. As an effort to keep from going absolutely cold turkey, I have made a little bank to save money. I saw THIS ONE made for kids to save, and decided that it would work for me. I had this frame that I got at the dollar store that I knew would be perfect. It's only about 4.5 inches by 4.5 inches. Certainly big enough to hold what I'll be able to save. LOL 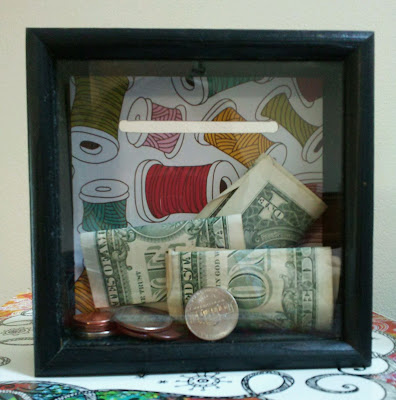 And here is where it lives. In my sewing/craft room. On one of my favorite shelves. 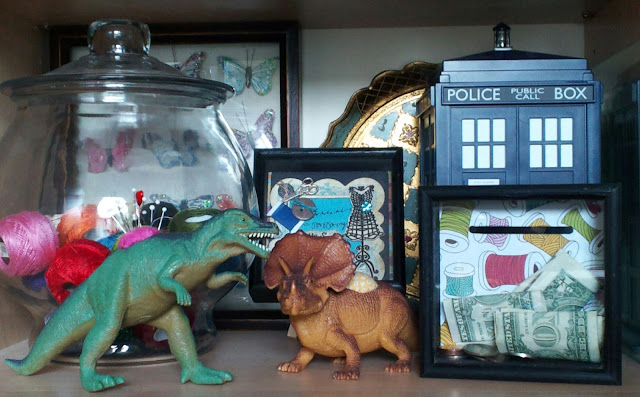 I hope you can join us in this challenge. It's so very satisfying to make something that you've pinned. And you get some cool things too. I'm happy. 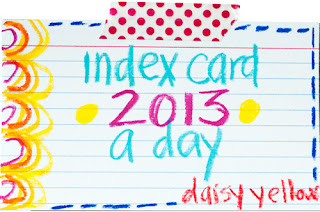 No pictures yet, but I DO have some cards done.

Order of the OPUS GLUEI 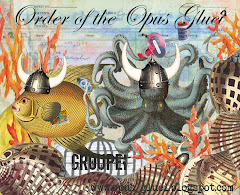